These People Went Way Over The Top With Halloween Decorations

The Halloween decoration tradition can be traced back to the ancient Celtic festival of Samhain, where citizens used to wear costumes and light bonfires to scare off ghosts.

Jack-O’-Lanterns, creepy costumes, apple bobbing, watching horror films, and trick-or-treating are some of our best Halloween traditions. In recent years, people have been scaring their neighbors by playing pranks, which goes to show that Halloween is not only a scary event but a funny one too!

In this article, we’ll show you different stories of people going over the top for their Halloween decorations to the degree that cops called on them!

Now, this photo caught a lot of attention in the Dallas neighborhood. Not only can you see dead bodies outside the porch and all over the flooring, but you’d most likely believe they’re real ones! Even skulls are included in the props. Kudos to this homeowner for making Halloween scary! We’re sure even the cops were lost for words! 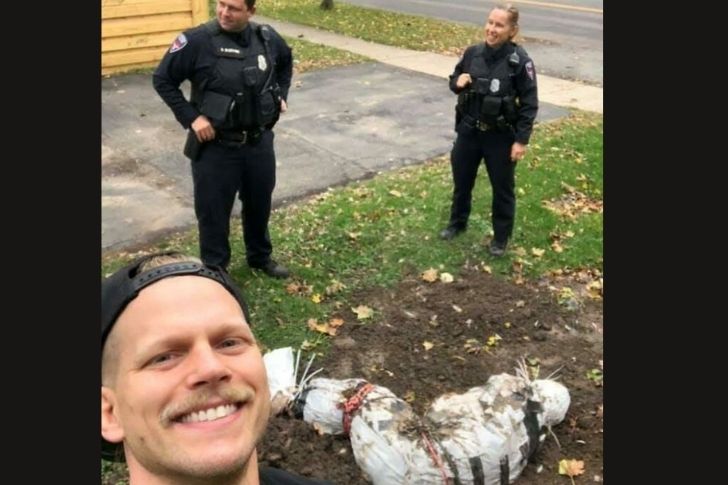 I See A Dead Body

Imagine waking up to having six cops, a fire truck, and an ambulance at your doorstep. This happened to a guy who forgot to take down a Halloween decoration: a fake dead body wrapped in a black garbage bag. A passing car was so concerned after seeing the covered body outside the house, so he called on the cops and reported what he had seen. 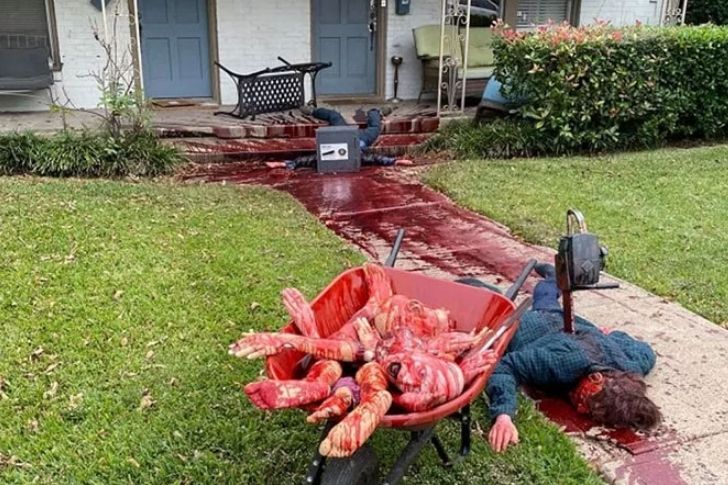 Another guy enjoyed his Halloween too much to the degree that he made his Halloween dummies too realistic. These two dummies were in the garage and looked like real persons since they were wearing jeans, shirts, and running shoes. Yes, the neighbors called 911 just to be sure it was only for Halloween decorations.

Have you ever annoyed your neighbors? Well, ask this woman who exaggerated her Halloween decorations. She orchestrated a fake car crash outside her house, and it looked too real! This woman from Ocean county created a fake zombie who was killed in a mock car accident. With the car dent and all, we bet it was an expensive Halloween investment. 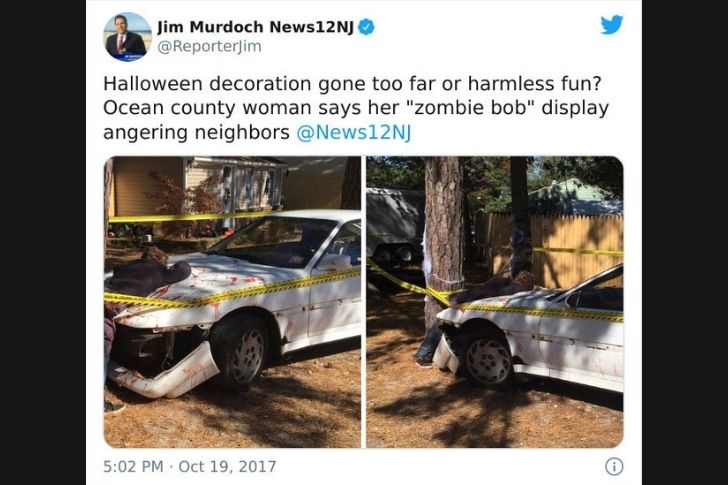 A fake dead man in a body bag is scary, let alone three body bags hanging from a tree! We think this guy had a lot of extra time preparing for Halloween. He took the effort of climbing up the tree to hang these fake murdered people.

This decoration is not a mere decoration anymore. The fake fire with lots of smoke probably took the homeowner a lot of gas to make more realistic. With the fiery orange lights that can be seen through the windows, you could almost get fooled by the guy’s prank! We can’t blame his neighbors for calling 911 since his stunt was pretty much effective. It’s a good thing his smoke detectors were not on alarm as this could disturb the whole neighborhood!

Part of our Halloween routine is watching horror films. Have you watched the Halloween film series by John Carpenter? If your answer is yes, then you’re familiar with the fictional character, Michael Myers. So a guy in the U.S. went beyond for his prank. He built a life-size Michael Myers house in front of his abode. We’re not sure what kind of materials he used, but it’s convincing up-close! He even created a dummy version of Michael Myers and placed it near the roofing. Anyway, this is A for effort, but we’re not confident with the homeowner’s score with the police and ambulance.